WGCU presents many and varied programs in observance of Native American Heritage Month. Catch these before they’re gone.

Follow four Alaska Native women fighting to save Kodiak Alutiiq, an endangered language spoken by fewer than 40 remaining fluent Native elders. On remote Afognak Island, they inspire young people to learn the language and dances of their ancestors.

Around the world, indigenous communities stand in the way of government megaprojects. In the Russian Republic of Altai, traditional Native people create their own mountain parks to rein in tourism and resist a gas pipeline that would cut through a World Heritage Site. In northern California, Winnemem Wintu girls grind herbs on a sacred medicine rock, as elders protest U.S. government plans to enlarge one of the West’s biggest dams and forever submerge this touchstone of a tribe.

Cory Mann is a Tlingit businessman trying to make money in Juneau, Alaska. He gets hungry for smoked salmon, nostalgic for his childhood, and decides to spend a summer smoking fish at his family’s traditional fish camp. The unusual story of his life and the untold history of his people interweave with the process of preparing the food as he struggles to pay his bills and keep the IRS off his back while he tries to keep his business afloat. By turns tragic, bizarre and just plain ridiculous, this tells the story of one man’s attempts to navigate the messy collision between the modern world and an ancient culture.

This is the untold story of American Indian Movement activists who fought for civil rights in the ’70s, anchored by one of the Red Power Movement’s most outspoken Lakota leaders, Madonna Thunder Hawk, and her daughter Marcy Gilbert.

Learn the heartbreaking, inspiring and largely untold story of Native Americans in the United States military. This film relates the stories of Native American warriors from their own points of view: stories of service, pain, courage and fear. See photo at the top of this post.

Explore the centuries-old tradition of dressing horses for ceremonies and celebrations, and find out how the art is being revived and reinterpreted by Dakota communities. This program tells a story of migration following the difficult path Native people and their horse relatives traversed as foreigners settled the surrounding lands, while also sharing how the Dakota people of Minnesota are working to keep their cultural identity thriving.

As political scrutiny over Native child welfare intensifies, an adoption survivor helps others find their way back home through song and ceremony. Blood Memory is a documentary that deals with the sinister eras of American history that attempted to culturally assimilate Native people through the removal of their children.

Unspoken looks at a dark chapter of American history, the federal Indian boarding school system. The goal was total assimilation into Anglo civilization at the cost of Native American culture, tradition and language. The film story starts with pre-history and comes full circle to modern day.

A school shooting in the remote Canadian aboriginal community of La Loche, Saskatchewan, in January 2016 took the lives of four students and injured seven others. A caring teacher worried about eight boys directly affected by the shooting contacted Survivorman Les Stroud, a TV celebrity the students admired, in hopes he would spend time with the students. Follow the eight young Dene men, several community and school elders and Stroud on a wilderness adventure where they canoe down a 100-mile river path that their ancestors used to traverse. They talk about their families, their town and the shooting, but more important, their hopes and dreams. Over the course of eight days, the cathartic journey through natural wilderness helps the teenagers confront their trauma, guiding them from fear and confusion to optimism and confidence.

Delve into the enigmatic life and mind of the Pulitzer Prize-winning author and poet N. Scott Momaday, best known for House Made of Dawn and a formative voice of the Native American Renaissance in art and literature.

Filmed over the course of five years, The Blessing follows a Navajo family for some of the most deeply personal and important moments in their lives. From a miner enduring a life-threatening injury and confronting the deep spiritual sacrifice he makes to provide for his family, to a young Navajo woman discovering her inner identity and managing the expectations of her traditional father, while playing on the men’s varsity football team and being crowned homecoming queen.

View all posts by Dayna Harpster 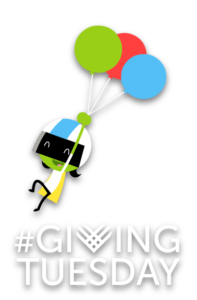